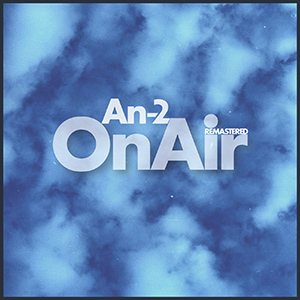 Remaster of the original album released in 2007. "...This is the second album from AN-2, the first was way back in 2000, and Andrei A. Zakharov has come a long way since then. Bringing in elements of disco (no sampled Salsoul drum loops here though), boogie, techno and house, you get four sides of solid club music. From the Wangisms of "Alma Del Mundo" we get the deep house of "Inner Source", downbeat via "Crystal Mystery" and onto the nu disco stylings of "Snow Boogie". On the C-side you get "Messenger" a slow building space disco number with arpeggios and shiny synth lines. On side-D "Tiempo Solar" is a funk laden boogie track with lots of squelchiness and last up is "Melting" a more uptempo Metro Area style number..." (As reviewed by Piccadilly Records).

9. Road Through The Rain