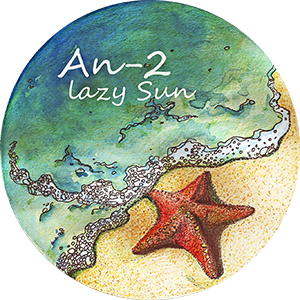 Theomatic continues revisiting its back catalogue’s finest moments with a series of remixes from the label fellows. This time, the spotlight is being turned on An-2’s summertime anthem ‘Lazy Sun’ originally released in 2007. The set opens with a gorgeous, laidback interpretation by Amberflame and St.Petersburg’s very own up and coming harpist Olga Maximova (Oma) whose regular rooftop performances over the past few years have become a trademark soundtrack for St.Pete’s long “white” summer nights. It is followed by a cover version by D-Pulse recorded live at one of the band’s performances back in 2008 at the once-hip now-defunct legendary “Bubble Bar” in St Petersburg. We highly recommended it as a decent musical background for a luxury speedboat ride. The Acos Coolkas version sets out slowly with the rhodes keys progressing into a chilled and well-balanced house jam built over a slightly altered original bassline. ‘Spoiled Youth’ mix is a fine raw boogie work reminiscent of the good old pops-n-loops disco-house days. Rounding things up the original version still sounding fresh and relevant.