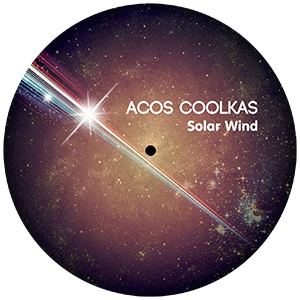 As hot as ever the new EP from our Siberian disco friends is finally landing into Theomatic’s catalogue. The title track “Solar wind” is a Rhodes driven hands-in-the-air early night anthem: simple yet powerful, just the way we like it! The flipside features an offbeat cosmic number “Planetarium” which sounds like a perfect soundtrack for some colourful sci-fi cartoon about the early years of space exploration, with all those rockets, flying saucers, stars and comets with long tails. The bonus track (available as a digital download only) is named after the Soviet Moon exploration robot vehicle Lunokhod 2 (’moon walker’ in Russian) which was sent to the Moon in 1973. Being rather minimalistic at the begining it slowly evolves and reaches its apogee closer to the end with calm and beautiful melody which leaves the listener in a peaceful mood.