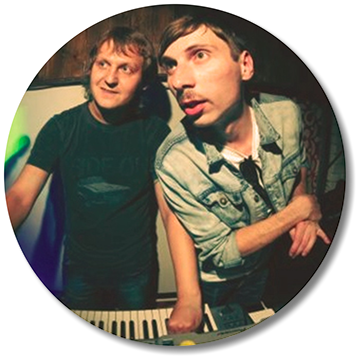 If one compares musicians to cooks, the members of 7he Myriads are definitely adherent to the French cuisine. First of all, eclecticism: they use a huge amount of ingredients, from spicy funk to fat house or dense space-rock. Second, the style: no matter how many ingredients get into the boiler, the meal served will always have tracks of the way the musicians write their music. Third, romance: even if initially 7he Myriads plan to record something really hard, the final composition will surely have a hint of dreaminess.

You have already heard about line-ups of international festivals and enthusiastic opinions of the western stars, so we had better mention the live actions of the band. 7he Myriads are trying to go away from the stereotype image of the electronic musicians with a laptop and midi-keyboard. That’s why live guitar and drums are inevitably a part of their concerts which add warm and juicy sound of analogue synthesizers.

I was always tampered by two things in the oeuvre of 7he Myriads. First, it is the candidness which threads through their texts and tunes. While all Russian bands of the “new wave” are inclined to some kind of polish and gloss, 7he Myriads sound much more naïve and at the same time more sincere than their colleagues. Second is the saturation with plot. The compositions of 7he Myriads are not just a melody and rhythm, in their music there is a new story giving you special spirit in each track (by Raketa4000)